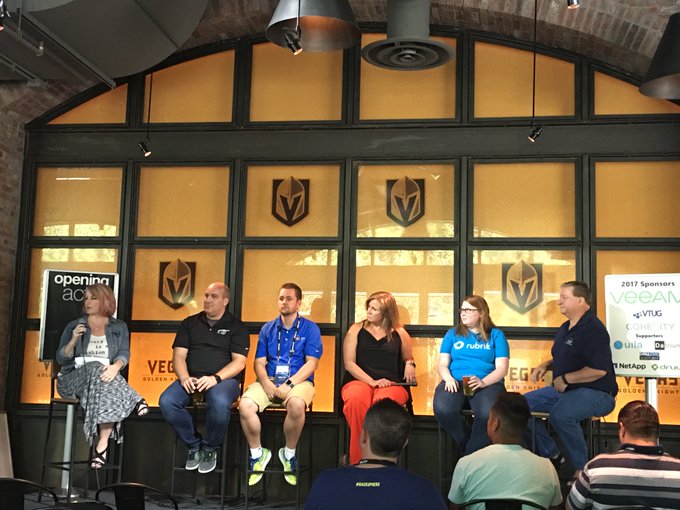 VMworld US is just around the corner (58 days to be exact) and I have been graciously allocated a bloggers pass for the conference and given backing from my company Dell EMC to attend. This will be my sixth time attending and my third time attending the US one. VMworld has something for everyone from those just learning about virtualisation to those who have been part of the industry for a number of years and are looking to those in depth sessions and discussions with the evangelists and guru’s of VMware plethora of offerings and solutions. If you haven’t yet booked your place then let me list some of the reasons I think you should attend as they are the reasons I try to attend every year:

If you are looking to attend then sign up here https://reg.rainfocus.com/flow/vmware/vmworldus17/reg/account?src=so_590b899c53598&cid=70134000001K6I4 and make sure to come find me and say hi as well as i encourage you to attend the TechTalks which are due to be added to the content catalog very soon.