I was again very fortunate to attend the UKVMUG today. I have been a supported of the London VMUG for a number of years although due to work commitments and billable work obviously winning out I haven’t managed to attend as many as I would like. For this year I was also able to attend my first vCurry which for those who don;t know is a curry (who would have guessed) and a typically British quiz night but with a technology slant to it.

The vCurry was really great and was held inside the motorcycle museum in Solihull next to where the UKVMUG is. It was great to see many faces from the community and even some #vBrownbag crew in Rebecca Fitzhugh who I presented a session with today and Emad Younis . The quiz was really good fun with loads of amusing question like some of the below around some of the famous VMware faces and their unknown previous job (just one is true) 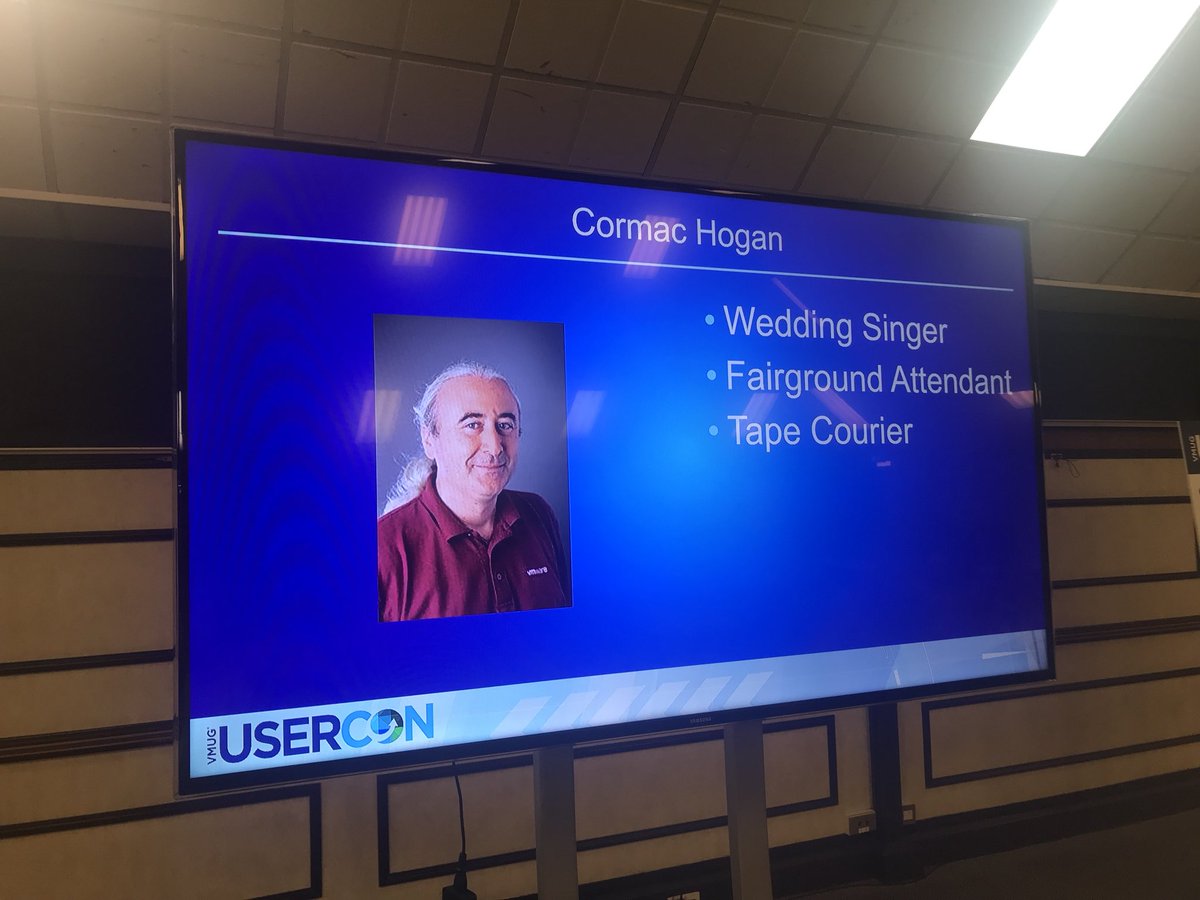 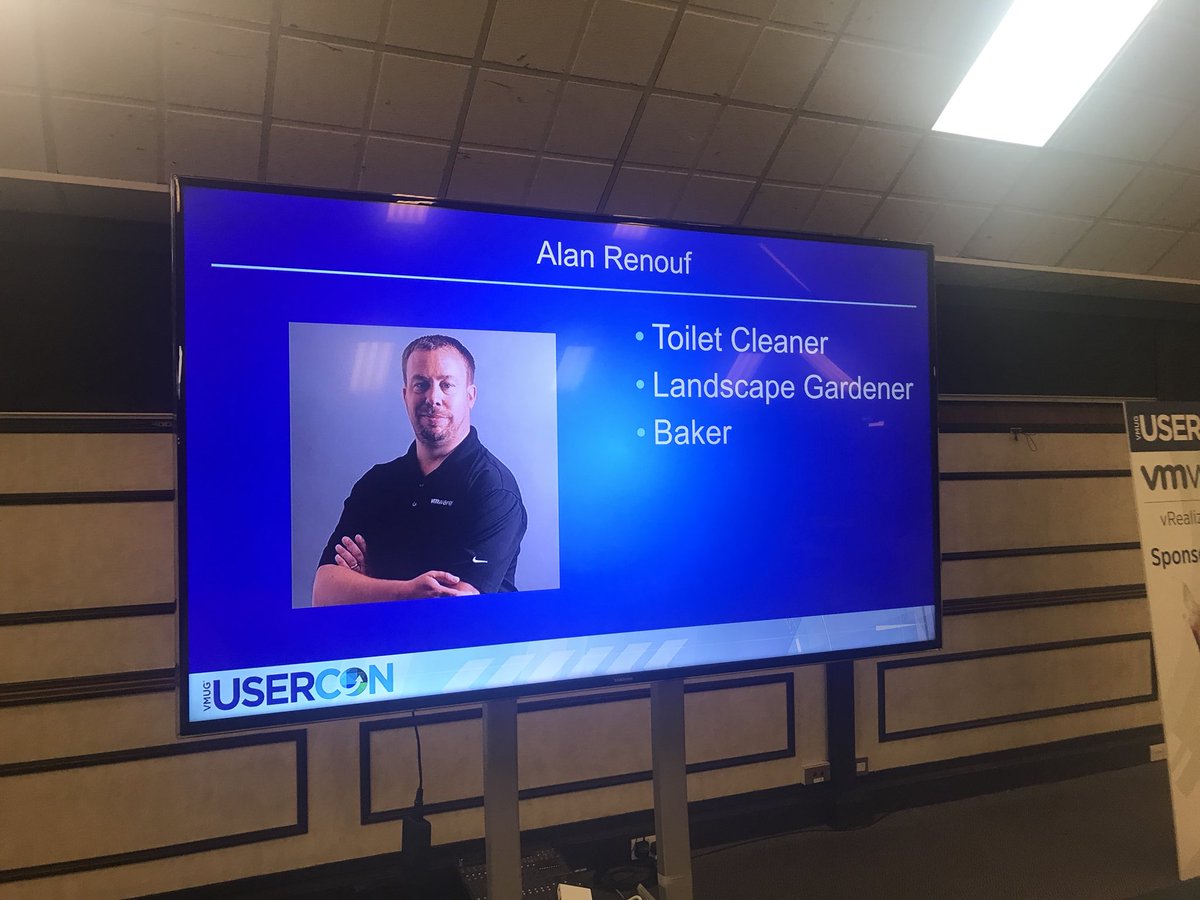 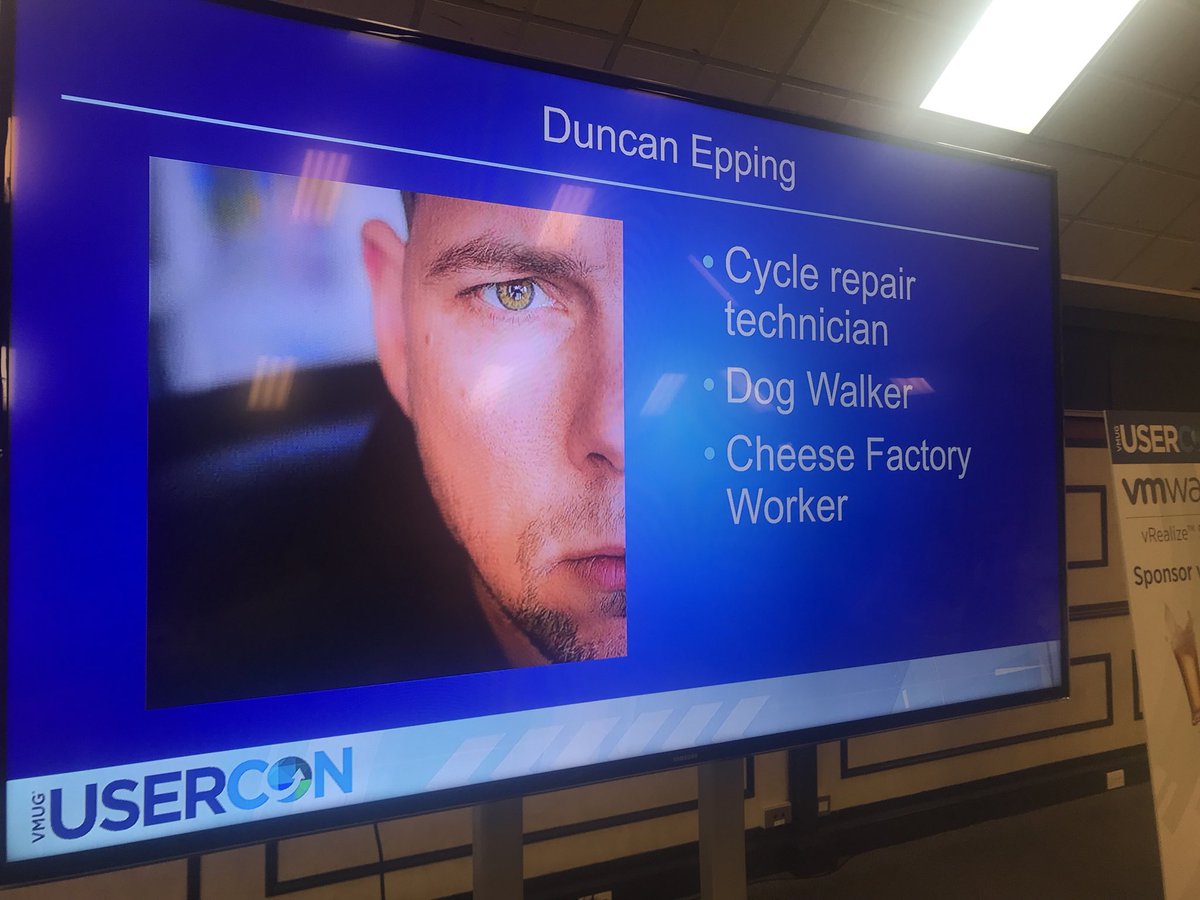 My table/team won which was nice and there were loads of good laughs during the evening followed by some drinks and chatting to people.

I arrived fairly early for registration and then chatted to a few old colleagues and some people from the community around IoT and my growing interest in the area especially with Dell Technologies having a play in the space.

The day started with a welcome from Simon Gallagher and then moved onto the keynote by VMware EMEA CTO Joe Baguley. As usual Joe’s keynote was really interesting and shows where the industry might be going and focused on edge computing which as I mentioned earlier fit right into what I am currently learning around Dell’s IQT offerings. I wrote about my perspectives around it a few months ago here if interested. Joe also covered the need for not just understanding IT like we do day to day but also OT now that these edge devices are in the domain of OT people who have been using very specialised and critical systems to do their day to day job.

Next I went and chatted to a number of the sponsors to learn what they are offering and to see how their offerings might fit for my customers or for some how their offerings are a competitor to Dell EMC. I also chatted to the UKVMUG crew who are also the London VMUG crew. If you want to attend a UKVMUG or even better want to present then please do reach out as they have their next meeting very soon:

After lunch I attended the Virtual Design Master session by Chris Porter, Gareth Edwards and Kyle Jenner which was really interesting and seeing as I managed to watch the recordings of this years one it was great to see and hear what the guys learnt from the whole process.

Next was mine and Rebecca’s session around “How failing the VCDX made me a better architect”. The session went really well and we had some good questions and discussions afterwards with a few people coming up and declaring they are aiming to submit and defend for VCDX. I’m planning to maybe do a vBrownbag for mine and Rebecca’s session so I don’t want to cover it here but one point from our session was something I mentioned in my VCDX passing posting around the videos I used to watch which had Eric Thomas speaking in them about how badly do you want it and about giving up after my first failure. The full piece of this speech I found fairly recently which is here and is something I watch often and I would highly recommend. I also finished his book this past week and again highly recommend it. This quote over my desk is one of my favourites of his

After my session I spoke to a few people about IoT pieces as well as VMware Cloud on AWS and VMware HCX and then made my way home to miss traffic. The day was really great and as always I really enjoyed presenting and certainly need to up my game and try present more at VMUG’s ,on the vBrownbag and hopefully Dell EMC world and VMworld next year