As I did with Day 1, for day 2 I also got in around half seven to be able to get into the labs as they opened. It seems that loads of other people had the exact same idea though as by half eight there was a waiting queue in the waiting area of over 50 people and loads more in the line outside. My first lab was all about deploying Nexus 1000V via Distributed Switches and was really really good and is one I would highly recommend. After I finished the lab, I walked straight back in and got myself on “Optimising Your Network Structure and Consolidating Network Management”. The lab mainly went through deploying standard virtual switch networking, then creating, and migrating it to distributed switching whilst keeping the hosts up and running as well as the virtual machines. I had learnt loads of this for my VCAP but it was really good practice in preparation for my retry of my VCAP-DCA.

Next, I wrote up my All Things VMworld Europe Day 1 posting in the bloggers lounge whilst chatting to a number of fellow bloggers and vExpert’s. Talking of Day 1 the recording of Steve Herrod, “CTO and Senior VP of R&D at VMware” and
Maurizio Carli (Senior Vice President and General Manager for EMEA ) keynote is now available here and Raghu Raghuram, (Senior VP and General Manager of Cloud Platforms for VMware) from Tuesdays morning session is up also.

After having some lunch I attended the session “Design, Deploy and Optimise SharePoint 2010 on vSphere”. The session was highly interesting as we do a number of SharePoint 2010 deployments on VMware at present and it was good to see and hear what they experienced and the best practices for it. Once the sessions go up on the VMworld, website i would recommend watching this one and going through the slidedeck before doing a SharePoint 2010 implementation in your own environment.

The VMworld TV summary of Day 2 has also gone up and covers all the news and even a super hero guest appearance.

After the session I wandered around the solutions exchange chatting to a few people and also chatted to a number of the guys I know operating the EMC booth and even got one of the guys a good contact for some work for EMC. The day slowly quieted down from here, as a number of people seemed to have left to go change and get ready for the VMworld Party. The party was help at the Carlsberg Museum in downtown Copenhagen and was set out in an eighties retro style of Blade runner meets Tron styling. The evening was a great one personally, as it let me meet even more of the top bloggers and VMware experts like the infamous Dave Hill and Chris Colotti of vCloud Director Fame to name but two.The night was a real success even though there was no big band like the US. 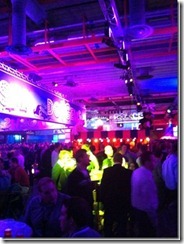 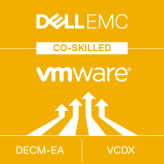